In the Frunchroom: Andrew Huff

As I mentioned, we have two North Siders reading at The Frunchroom this month. The second is a man who spent the last twelve years chronicling news and culture for all of Chicago and now runs two of the most visible live lit events here. He’s a person who truly knows what it means to drive-thru the city, examine its mechanics, look under the hood, slow down and see how all its neighborhoods merge across the grid. 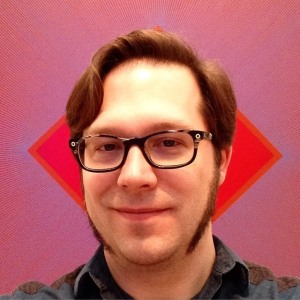 Andrew Huff is the former editor and publisher of Gapers Block, an award-winning Chicago-centric news and events webzine he co-founded in 2003. A serial early adopter, Huff created his first webpage in 1996; launched a blog in 2001; and joined both Flickr and Twitter in their infancy.

In addition to Gapers Block, he has also been a professional blogger for corporate clients, a professor of online journalism, a copywriter for academic websites, and a PR professional for everything from indie rock bands to the Northern Trust. He hosts 20×2 Chicago, a show in which 20 interesting people have two minutes each to answer one question, and the cohost of Tuesday Funk, an eclectic monthly reading series held the first Tuesday of the month in the upstairs bar at Hopleaf in Andersonville. Find out what else he’s up to at me3dia.com.

Andrew, a resident of West Ridge, will read about his relationship with the White Sox and Comiskey Park.