In the Frunchroom: Susan Sadlowski Garza

Our 2nd anniversary show is a milestone for a few reasons, but one might not be immediately apparent: It’s the first time we’ve had elected officials sharing South Side stories. First up, on Wednesday, is Susan Sadlowski Garza. 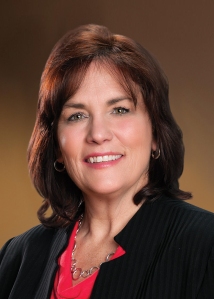 Susan is a lifelong Chicagoan and 10th Ward resident who has dedicated her entire life to the youth and families of the 10th Ward. Starting out as a lunch lady at South Shore High School, Susan returned to college as a mother and persevered to become a Counselor at Jane Addams Elementary School, the same school her mother, herself, and her children attended. She is a former Chicago Public School counselor, former Chicago Teachers Union area Vice-President, and now 10th Ward Alderwoman.

Susan has earned a Bachelor of Arts from Governors State University and holds a Master in Counseling from Concordia University. Daughter of famed steelworker/labor leader Edward Sadlowski, Susan was raised in a proud union home with strong values of income equality, gender equity, racial harmony, and workers and environmental rights.  She is happily married to Raul Garza, a proud mother of four children and ecstatic grandmother of two.

A resident of the East Side in the 10th Ward, Susan will talk about “my journey to City Hall: from the cafeteria to the chamber.” Hear Susan’s story on Night One of The Frunchroom at 730pm at Beverly Woods. RSVP below.